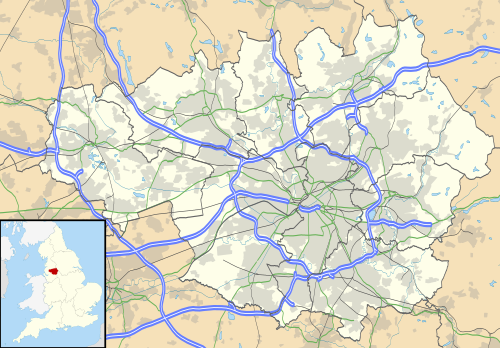 The Wikipedia article of the day for August 15, 2021 is Shaw and Crompton.

Shaw and Crompton is a civil parish in the Metropolitan Borough of Oldham, Greater Manchester, England, containing the town of Shaw. Formerly known as Crompton, the parish lies at the edge of the South Pennines, 9 miles (14 km) northeast of Manchester. There is evidence of ancient British and Anglian activity in the area, and by the Middle Ages it was a small township, although lacking a lord’s manor. Farming was the main industry with some hand-loom woollen weaving until textile manufacture during the British Industrial Revolution initiated rapid urbanisation. By the late 19th century Crompton had emerged as a densely populated mill town. Imports of foreign cotton led to a decline in textiles in the mid–20th century and the last mill closed in 1989. The borough is mainly suburban, with a population of 21,065 as of 2011. Of the 48 cotton mills, some very large, that have existed in the area, six now serve as home to large distribution companies, among them Yodel’s Shaw National Distribution Centre.