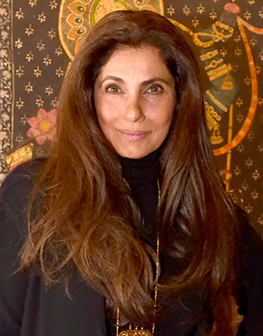 The Wikipedia article of the day for August 16, 2021 is Dimple Kapadia.

Dimple Kapadia (born 1957) is an Indian actress of Hindi films. She was discovered at age 14 by Raj Kapoor, who cast her in the title role of Bobby, a major success in 1973. The same year, she married and then quit acting until 1984. Both Bobby and her comeback film Saagar (1985) won her Filmfare Awards for Best Actress. She established herself as a leading lady in both mainstream and parallel Hindi cinema and won acclaim for Kaash (1987), Drishti (1990) and Lekin (1991). Her portrayal of a professional mourner in Rudaali (1993) won her a Filmfare Critics Award and the National Film Award for Best Actress; a supporting role in Krantiveer (1994) earned her a fourth Filmfare Award. Less active in later decades, Kapadia played troubled middle-aged women in Dil Chahta Hai (2001) and Leela (2002). She followed with several leading roles, but character parts in films including Luck by Chance (2009), Finding Fanny (2014) and the Hollywood thriller Tenet (2020) brought her more success.